The new construction of Stanford’s 50,848 seat football stadium began after the end of the 2005 football season. The project was completed on time and in a record 294 days. Work began literally minutes after the Cardinal's last home game of the 2005 football season (a close loss to Notre Dame on November 26).  Bulldozers began tearing out the natural field turf in a ceremony held while attendees were still in the stadium for the game.

The renovation was ambitious, rebuilding everything without missing a single home game. The lower concourse houses more concessions and restrooms. The areas surrounding the concessions have flat panel monitors with sound distributed throughout the stadium. 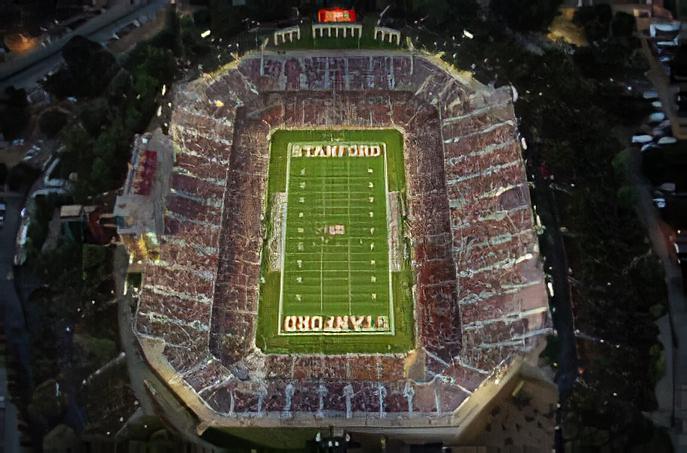